The John A. Merritt Classic, first played in 1999, honors the history of John Ayers Merritt, the legendary TSU football coach who led the Tigers from 1963 – 1983.

The John A. Merritt Classic, one of only two football Classics solely hosted by a single NCAA FCS institution, is intended to allow Tennessee State to raise funds for scholarships and other related needs for TSU students. The Classic also has a history of providing opportunities for community outreach with its weekend of activities. 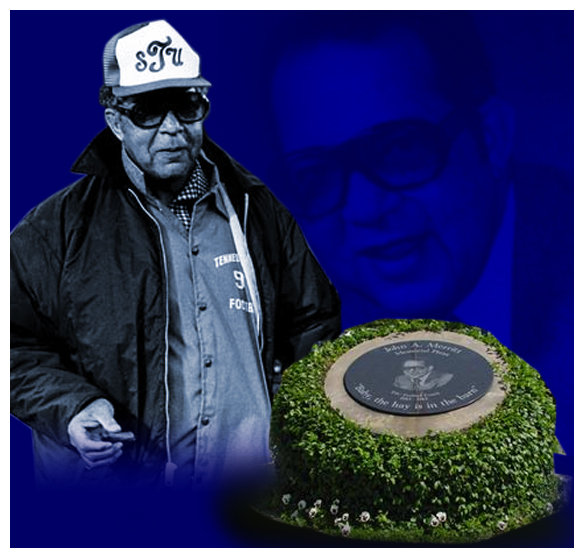 John A. Merritt, one of Tennessee’s most successful football coaches, was born on January 26, 1926, in Falmouth, Kentucky, the son of a stonemason, Bradley Merritt and his wife, Grace. After completing grade school, he moved to Louisville to live with an aunt in order to be eligible to attend Central High School, where he played football. Merritt joined the U.S. Navy after graduation. When he returned from military service, Merritt earned a football scholarship to Kentucky State College. In 1947 he married Maxine Owens, and they had a daughter, Bonita (Bonnie) Merritt Traughber. After receiving his college degree, Merritt entered graduate school in 1950. He coached football at Versailles High School and Jackson State University before coming to Tennessee State University.

Some twenty-three Merritt-coached players distinguished themselves in the NFL, including six who played in the Super Bowl. In addition, twenty-nine assistants, three head coaches, and five athletic directors played for Coach Merritt.

John Merritt compiled thirty straight winning seasons. Along with an excellent staff of assistant coaches which included Joe Gilliam Sr. and Alvin Coleman, who had accompanied Merritt to TSU from Jackson State in 1963, he implemented a wide open pro-type T offense with multiple sets. In 1967 his team achieved a national defensive record for allowing opponents a measly average of 2.15 yards per carry. He was Coach of the Year in 1973. Merritt’s team received the Associated Press and the United Press International small college championships in 1975. By 1979 he had a record of 130-25-5. Merritt modestly downplayed his role in the team’s success and attributed the team’s winning record to “the Good Lord.”

The more games Merritt won and the more players he sent to the National Football League, the more attention Tennessee and Tennessee State University gained nationally. In 1980 President Jimmy Carter called to congratulate Merritt for his 200th victory.